Let’s discuss how the idea of web-based applications was born and look through its main advantages and disadvantages. We have also prepared a detailed audit of three popular open source PWA solutions – Vue Storefront, ScandiPWA and the Venia storefront built with the help of Magento PWA Studio.

Progressive web apps (PWA) are developed with the help of the same technologies as websites but for the end user they feel and look like an actual app. Easy to share and with no installation required, PWAs also allow creating a website’s icon on the screen of a user’s device without App Store or Google Play. Another known feature is that PWA allows push notifications and some service functions can be used offline.

In a nutshell, PWA is claimed to combine the best features of the regular websites and native mobile apps. It sounds good but at the same time, there are some disadvantages. Let’s get into it. 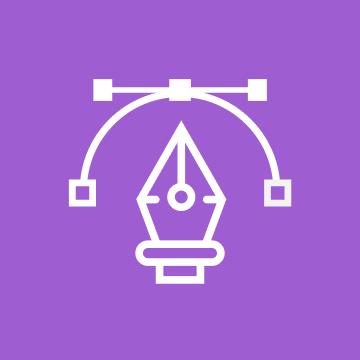 Let's discuss how we can improve it

Back in 2015, Google Chrome engineers brought the term “Progressive web apps” to existence but even before that, the whole idea around the apps based on the web technologies was not new. In 2007, Steve Jobs presented the community Apple’s vision of web-based applications for iPhone, working with the Safari browser. Building apps without a software development kit sounded like an attractive solution for some, while the others were skeptical.

Soon enough it became clear that back in 2007 the web technologies were not ready to cover the functions of native apps. The lack of security resulted in the iPhone getting jailbroken in less than a month after its release [1]. It came together with the poorer performance compared to native apps and difficulties related to the limited access to the core architecture. So by the end of 2007, Apple announced that they were moving towards the native apps and started working on their software development kit and App Store. For Apple, this decision turned out too profitable to give it up and come back to web apps [2].

Native apps flourished, while the idea of web applications was almost forgotten for years. This technology had to wait for its moment until it was reborn with the help of Google Chrome developers in 2015. The article published on Medium by Alex Russel – Google Chrome developer – was meant to help the audience rethink their attitude towards the web-based applications and get them ready for changes. Since then, Google started to actively promote PWAs as a more effective alternative to native apps. 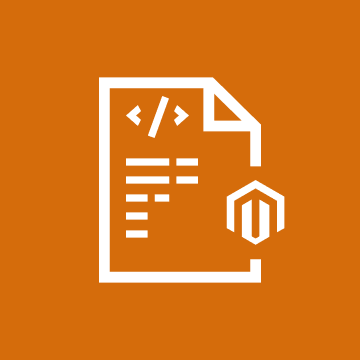 Build a PWA for your Magento store!

By 2018, Google developers already had an impressive portfolio of case studies with stats about the PWA usage by such brands as Starbucks, The Washington Post, Jumia and AliExpress. No wonder, after such a promotion, more companies got interested in progressive web apps.

So what do we have now?

The PWA global popularity is growing and more platforms, including Magento, Shopify and Shopware gave their users an opportunity to build a web app. The open source PWA solutions are being developed. In 2019, Magento announced the PWA Studio availability and kept working on it adding the Braintree integration to assess payments. By December 2020, the Magento team published the report about the early adopters of the PWA Studio.

Other development companies offer their PWA solutions for ecommerce as well, for example, Vue Storefront, Deity Falcon, ScandiPWA, Litefy, Superchargify and AmpifyMe. Here we will compare the storefronts of the most popular Magento PWAs, including the Venia PWA Storefront by Magento itself.

What do the stats & surveys say about PWA?

During the pandemic, online shopping and specifically mobile shopping experienced an unprecedented boom, sales went up as well as competition. Growing market is a perfect place for a new technology to set down roots.

According to the Statista’s survey among the ecommerce decision-makers worldwide, 24% of them were planning to invest in the PWA technology for their company by the end of 2020 while 11% claimed to already have a PWA.

Most of the PWAs that we can see in the Google developers’ portfolio are the well-known brands. The early adopters include Forbes, Aliexpress, Twitter, Tinder, Washington post, Spotify, BMW, Uber and others. As you can see, the industries where PWA got in, are different, from social networks to car manufacturers. Below, you can find some interesting stats provided by these companies.

When we speak about the advantages or disadvantages of any technology, it is always easier to compare it to other existing solutions. In our case, we will discuss where PWA is winning and losing to native apps.

Let's discuss how we can improve it

However, this advantage highly depends on the number of custom features and extensions used in a certain website. As we mentioned before, PWA is a relatively new technology and currently it cannot provide any kind of ready-made extensions or integrations. Turning a complex website overloaded with different features into a PWA may be costly.

Marketing for native apps is quite expensive, while PWAs are indexed by Google so they can draw organic traffic as a regular website. A general lack of opportunities to promote native apps is frustrating but there are numerous ways to draw potential customers to a PWA.

Here we are going to discuss three growing open source PWA solutions. We will look through their advantages and disadvantages, highlighting the functionality that differs them from one another in a positive or negative way. First, you can take a look at some basic info about Vue Storefront, ScandiPWA and PWA by Magento.

All in all, this demo does not fully take advantage of the PWA functionality keeping the functionality similar to a regular website.

All the basic functions of the shopping cart work well. However, the product quantity selection and the product configuration are different from those on the other pages. It is difficult to click on them and there are no useful buttons.

Switching to the PWA paradigm, the design of this demo keeps using the same web patterns. The key PWA advantages are storing the data, working with an unstable internet connection, using the key interface elements as in a native app installed from Google Play or App Store. We don’t have it in this demo as it is almost a copy of the website’s functionality. It would not be a minus if the goal were not different.

The conclusion is that just creating a manifest and using service workers would not create a PWA from a website. Some good PWA examples are the sites of social networks like Twitter or restaurants delivering food. In many ways, they allow bridging the gap between “using a site” and “using an app”. In design, such sites are guided by mobile interface and functionality.

This demo is similar to the previous one in the way that it has not gone far from the desktop version. However, at the same time, it has convenient interface elements such as buttons.

This demo has a user-friendlier interface compared to the previous one. However, the PWA’s potential has also not been realized here. It uses the same patterns as a regular website and the functionality is implemented on the main screen without division into the tabs. There is also no functionality separation: catalog, search, user account, shopping cart etc.

The main difference and advantage of this demo is alternative navigation. It is closer to mobile design.

The functionality is separated into 4 sections: main (and a catalog), search (and a current session), shopping cart and a user account. There is a minimum for a parallel interaction with different sections.

Besides its main function, the search section deals with displaying the comparison of the selected items, acts as a catalog and displays an item. The last function would fit better in the main section as otherwise there is a mix of functionalities with different functions.

Three modes of the search section:

The examples of pages displaying a product in the search and shopping cart sections. (The notion “page” is incorrect for a mobile app. So it should be called section or screen).

But there is a but. If the interaction with multiple tabs in a mobile browser was convenient, there would be a growing trend on rethinking this way of interaction.

The Vue Storefront PWA and Venia Magento PWA storefront are still websites even though they are displayed outside of the browser. They stick to the “page” logic assuming that a user will open the necessary number of tabs and keep working. However, outside of the browser ecosystem, there is no such functionality. ScandiPWA solves this issue relying on a strict functionality separation and its organization into sections.

However, the PWA paradigm is not only about implementation out of a browser. It involves using an extra storage, notification functionality and working with the saved data in case of connection issues. Perhaps, in subsequent specifications, the browser ecosystem will obtain a permission to accept calls and send messages, work with a camera and other already installed apps having access to them. The PWA story will not end on displaying a website outside of a browser.

Looking for a partner to grow your business? We are the right company to bring your webstore to success. Talk to Tatiana
Tags:

How to Set up Shopify Inventory Management

How to Add Shopify Size Chart