Migration from M1 to M2 with Customer ID Implementation

The company’s old website was on Magento 1. It reached its peak, could not cope with the traffic load, and did not allow scaling. So they approached BelVG with a request to migrate the website to Magento 2. Besides a complete website migration, we:

Migration from Magento 1 to Magento 2 requires time. Developers have to migrate and adapt the website theme, together with all admin settings and extensions. That is why the migration of an M1 shop to Magento 2 always consists of several stages. We took three steps to conduct KAP Diagnostics migration:

Ideas? Questions? Get your free quote!

While working on theme migration, we got the request from KAP Diagnostics for a complete theme upgrade. The main goal was to make a website user-friendly.

We distinguished three main tasks to improve the theme:

We solved the tasks and made the website more modern and user-friendly:

The BelVG team provided a fully optimized template that looks and works great no matter what devices and browsers customers are using.

In addition to the theme, the BelVG team got the tasks to make the catalog more user-friendly. The idea was to give users the possibility to get acquainted with the product without extra clicks. But the catalog page should have remained clear and full of air.

We implemented the dynamic output of product information in the catalog. Opposite to product preview, users don’t have to click on a product and then click again to close the popup window. They just move the cursor to the product, and a list of its details appears next to it. A user can then go to a detailed description or move the cursor to another product.

One of KAP Diagnostics’ key tasks for the BelVG team was to implement a Customer ID feature. It gathers customer personal data, so the company uses it to optimize marketing strategy, automize user interaction, and analyze company growth. For example, it allows the company to automatically send an offer to renew the subscription shortly before its expiration date. No human interaction is required.

After registration on the website, each user gets a unique account number. The number is assigned after the first purchase, or the customer can request it. Purchase history, subscriptions, personal data – all information about the user is stored under this number.

The functionality allows creating a group of accounts under the same ID. For example, if a company buys a subscription and adds two accounts, they will have the same Customer ID with common information and subscriptions so several managers can work from different accounts without losing their mutual history.

Customer ID lets the BelVG developers implement other features such as a loyalty program, automatic newsletter, and Zendesk and App integrations.

Implementation of the customer ID allowed the BelVG team to set up another feature – a loyalty program. KAP Diagnostics asked for it as a part of a strategy to build a long-term relationship with their customers. They expected that the feature would increase customer loyalty, repeat purchase rate, and the average order value.

The BelVG team solved this task by setting up the functionality of loyalty points. When users complete the first purchase, they receive loyalty points that can be spent during a year for future purchases.

When making a purchase next time, they indicate the number of points to spend, and the system automatically recalculates the cost.

Newsletter with useful information and documentation

About 80% of consumers say that they are more likely to make a purchase if the brand offers a personalized experience. It is especially true for email marketing.

Considering that, KAP Diagnostics decided to focus more on personalized communication with specific target groups. They wanted to generate newsletters automatically to save marketers time. With our help, they now provide customers with information based on their purchase history, and email marketers are not involved in the process.

The feature was set up as follows. For some time, KAP Diagnostics gathers documentation, guides, and news on all of its products. The system analyzes them, divides this information into significant parts according to the products, and sends them to the right customers based on the information in their Customer ID. It automatically adds the KAP Diagnostics title and signature at the bottom.

The next task was to integrate KAP Diagnostics customer support with Zendesk.

Zendesk is an online platform with many hands-on customer messaging tools. As KAP diagnostics received a lot of inquiries, they opted for it. They wanted it to ensure even distribution of the workload among managers and timely response to customer requests.

As Zendesk is a third-party app, customers also have to be authorized in it. So the BelVG team implemented SSO (single sign-on). When they log into the KAP Diagnostics account, they automatically log into the ZenDesk account. All the information attached to the Customer ID appears in ZenDesk. New tickets appear both in Zendesk and in KAP accounts simultaneously.

Besides selling AVDI, KAP Diagnostics also organizes special courses covering its usage and diagnostics. One can find the complete list of them on the website in the “Courses” section. We have introduced some changes to make this page as user-friendly as possible.

The section is divided into two parts. On the right, you will see a list of courses already taken and upcoming. On the left, you can see the calendar we have created. If there is an event, the date of it is highlighted by bright blue color. It makes it easy to understand when the course starts and how long it takes.

The “Add to my calendar” function

In addition to a visual display of the course duration, BelVG developers have also integrated an “add to calendar” function. It works through a third-party app. As soon as users click the button, the system retrieves the necessary information about the course – title, time. It is collected in a single file that users download. After downloading this file, the event becomes available in the calendar on user devices. It makes it possible to automatically save the event to the scheduling application that each user uses. So they will not lose the invitation, and the attendance will be increased.

Our Magento experts are happy to answer your questions

The app integration was all about figuring out the most effective way to sync it with the website. We created a REST API for this purpose. API makes it possible to synchronize the user data (purchases, new information in their profile) from the mobile app and the website. So if the user buys something in the app, the information about it instantly appears on the website.

Plus, when the users sign up in the app, they will automatically appear in the website database.

Support and maintenance are a significant part of development as any ecommerce website should work efficiently not to lose customers and profits. Working with certified developers ensures highly qualified and timely help, no matter what problems or bugs arise.

While working with KAP Diagnostics, we fixed many bugs that prevented the website from running smoothly. We did a code review, cleaned the code, and optimized the overall speed of the page.

Now the website contains about 1000 products and 8000 registered customers.

KAP Diagnostics is still working with the BelVG team on the website, introducing new functions and improving the existing system. 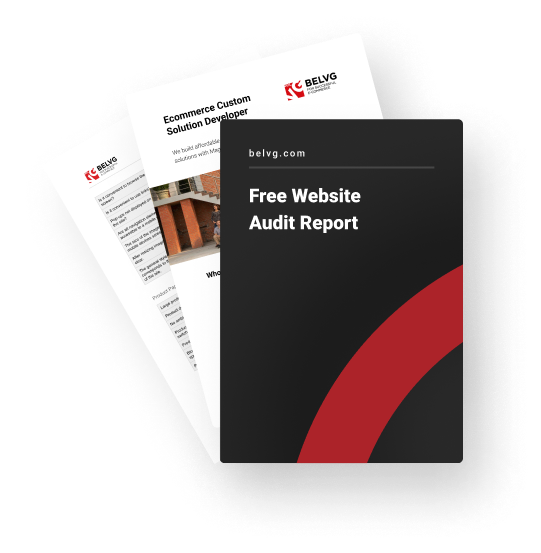